The Princess And The Frog Story

This is one of the most famous Disney Princess Stories for kids, “The Princess And The Frog”. As a young girl, Tiana lived in a little cozy house in New Orleans. She and her father loved to cook together. They made the best gumbo in the city. It was their dream to one day open a family restaurant. So one night, Tiana made a wish on the Evening Star that their dream would come true.

As Tiana grew up, she never stopped wishing for her own restaurant. But she knew wishing always wasn’t enough. She worked hard to make her dream a reality. But that left no time for fun or for love. One day, Tiana’s friend Charlotte asked Tiana to bake her famous beignets. Charlotte was throwing a masquerade ball for a prince named Naveen. With the money from the beignets, Tiana would be one step closer to buying her own restaurant. Also, read Frozen Elsa Story. 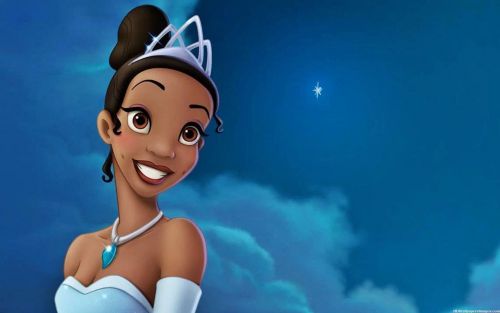 The Princess And The Frog. Image Source@theodysseyonline.com

Dressed in a princess costume for the ball, Tiana made one more wish on the Evening Star, still hoping it could make her dream come true. When she was done, a frog spoke to her. It was prince Naveen! A magic spell had turned him into a frog. Only a kiss from a princess could break the spell, and Naveen thought Tiana was a real princess. Tiana didn’t want to kiss a frog. Then Prince Naveen offered to help her open a restaurant, so she closed her eyes and kissed him. But he didn’t turn back into a prince. Instead, she turned into a frog! Also, read Princess Moana Story.

Frantic, Tiana and Naveen left the party and ended up in a bay. They met an alligator named Louis who liked to play the trumpet. He knew exactly who could turn them human again, Mama Odie! As Tiana and Naveen followed the bay firefly to meet Mama Odie, they taught each other valuable lessons. Tiana showed Naveen how to work hard for what he wanted, and Naveen taught Tiana that having fun was important. Soon they became great friends.

That night, the Evening Star shore bright in the sky. While Louis played a song on his trumpet, Naveen and Tiana danced gracefully together in time with the music. The next day, Tiana and Naveen arrived at Mama Odie’s home. She knew all about magic and human nature. “You want to be human, but you’re blind to what you need!” Mama Odie told them. Mama Odie used magic to show Tiana and Naveen that Charlotte was to be the Mardi Gras princess for the day.

If Charlotte kissed Naveen before midnight, the spell would be broken. They had to hurry home! But by the time Tiana and Naveen returned to town, it was too late. The clock had struck midnight, and they were struck as frogs forever. But they had each other and love which was all they really needed. The two frogs returned to the bay where they were married among friends. Once wed to Prince Naveen, Tiana became a real princess! This time when she kissed Naveen, not only he did become human, she did too. Also, read Princess Mulan Story.

Together, Naveen and Tiana opened the restaurant that Tiana had always dreamed about with her father. Tiana finally had everything she wanted and all that she needed.

Here is a short visual depiction of one of the most famous Disney Princess Stories for kids, “The Princess And The Frog”. Watch the video story below,

The Princess And The Frog Video Story