This is one of the fairy tales online for kids which has been adapted from a tale in Japan. Once upon a time, there lived two brothers. These two brothers lived with their mother a little further away from the city nearby.

Now, one of them was a hard worker. This brother worked hard and did not waste his time being lazy. Whereas, the other brother, was lazy and did not work at all. This brother preferred to sleep in his bed all day long and eat whatever the hard-working brother earned. Also, read Hare And Tortoise Story. 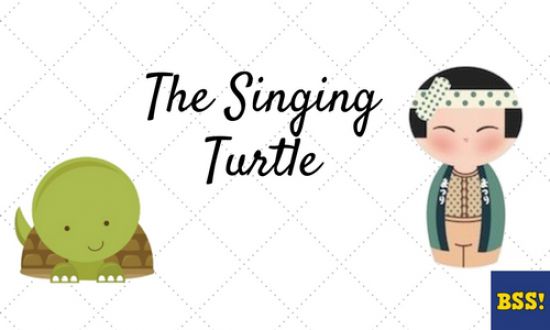 One day, the hard-working brother tells his brother that he is going to the town. “I will be back by tonight. There are some sticks I have gathered. I will sell them and make money,” he says and leaves. But as luck would have it, he could not sell even a single stick.

The poor brother was upset that he could not even sell one of the sticks. And he could not go home without any money. So, he went to the river and started weeping. When he was weeping, the hard-working brother heard a voice. “Why are you crying?” asked a voice. The hard-working brother looked around wondering where the voice was coming from. You may also like to read, A Foolish Tortoise.

The turtle made his way back to the hut on its own. Once home, the turtle told everything to the hard-working brother. Upon hearing the story, their mother told them, “Bad habits chase away the good things in life.” Also, read The Tortoise And The Eagle.