The Story Of Paul And Silas

This is the short story of Paul and Silas. A long time ago, Paul and his follower, Silas went to Philippi. In Philippi, they helped many people and spread the words of Jesus there.

Everything was fine there until Paul cured a servant girl. The girl was raving mad and her master made money using her madness to tell fortunes. Once the girl was cured, her master was very angry at Paul and his follower, Silas.  He decided to take revenge from them. And so, he took both of them to the court. Also, read Jacob And Esau Story. 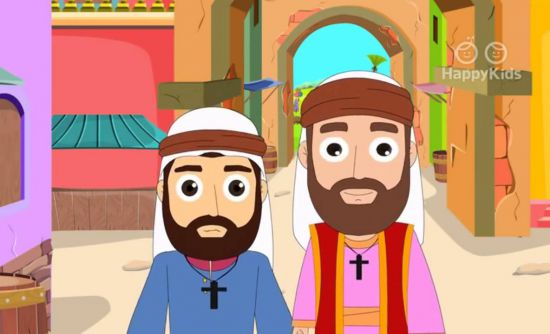 The judges found both of them guilty and because of that, Paul and Silas were put in a jail. Both of them were chained to the wall. The guards were ordered to keep a watch on them. They were treated very badly in the jail.

At night, Paul and his follower started singing praises to the Lord. As they were singing, suddenly, the Earth started to tremble. The entire jail shook and the chains fell off from all the prisoners and prison gates were opened on their own.

The guards were very scared. They knew that if the prisoners escaped, they would be pinished. So, they took their sword and rushed inside. Paul called out their names and said to them, “Stop! Look, we are still here!” The guards looked at them and fell at their feet. The guards asked them what they could do for Paul and Silas to repent their sins. To this, Paul replied, “Believe in Jesus and everything will be fine!”

That night, the guards took Paul and his follower, Silas to their house. They celebrated on his whole family was baptized in the name of Jesus. The next day, Paul and SIlas were freed by the order of the court. You may also like to read, Zacchaeus Story.

Here is a short visual depiction of “Paul And Silas Story” See the video story below,