The Story Of The Merchant Of Death

This is one of the truly inspirational short stories for students. Once upon a time, in Sweden lived a man. This man was a huge industrialist and had gained success through inventing things. He was happy with his life. This man was extremely proud of his invention that had brought fame and money. And he hardly had a problem in his life.

One day, as routine this man woke up in the morning. He went out to fetch the morning newspaper. Out of habit, he flipped the pages of the newspaper. That day was a busy day for him. Also, read The Hospital Window. 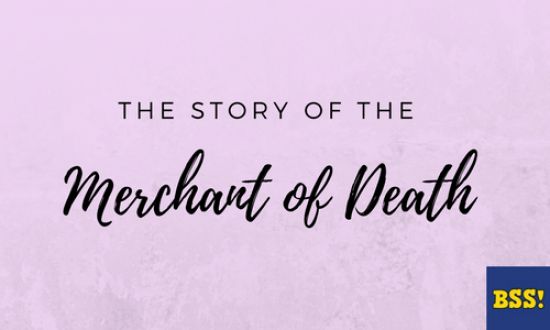 What he read shocked him. You see, this man was no other than Alfred Nobel, the inventor of the dynamite. The newspapers said that the man who became rich by inventing a way to kill people faster than before, died yesterday. When Alfred read this, he found himself wondering, if this is how he wished to be remembered after he died. This left an enduring impact on the inventor, who changed his way of life from that very day.

From that day onwards, Alfred Nobel’s life changed. He decided to put all his wealth together and created the Nobel prize. He dedicated himself to peace and began working for the same. The prize he set up was to be given to the greatest minds in the field of Literature, Physics, Chemistry and Medicine.

Alfred Nobel did all of this, because he believed that he should do something good before he dies. And he wanted to be remembered for his good deeds and not as the man who devised a new way to kill people. You may also like to read, The Baker And The Farmer.