The Tale Of Three Apples

This is one of the best 1001 arabian nights stories for kids. Once upon a time, in Arabia, the Caliph Harun al-Rashid decided to go into the town and see how his kingdom was doing.Also, read Sheherazade And Shahriar. 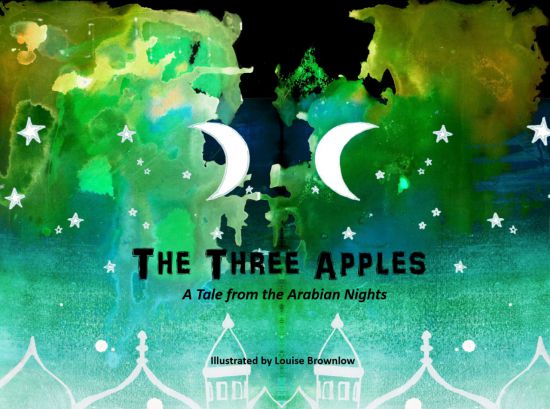 Image Source@ tumblr.com .Now, the fisherman happily throws in the net. And to his surprise, the fisherman hauls a huge chest, which he sells to the caliph. When the Caliph returned to his castle, he asked his Wazir to open the chest. And to their astonishment they found a dead woman’s body cut up in pieces. The caliph was extremely upset. He scolded the Wazir for letting such horrible murders. The Caliph orders his wazir to find out who was behind it, and says that of the Wazir fails to find who the culprit is, the wazir will be executed. However, it turns out that the wazir fails to find the culprit. And the caliph was about to execute the wazir, but two men show up.

These two men, one young and one old, claimed to be the murders. They argued with each other and called each other liars. After much arguing, the young man reveals that he is the husband of the dead woman. And the old man is the father of the woman. Now, the caliph demands to know the reasons behind such heinous crime. So, the young man tells him of the incidents that led to the crime.

The young man describes his wife as a faultless wife and a good mother of his three children. One day, his wife fell ill and she desired to eat some rare apples. So, the young man journeyed for two weeks and in the caliph’s orchard in Basar he found the apples he was looking for. When he came back, he found that his wife could not eat anything. You may also like to read, The Hunchback’s Tale.

So, he left the apples there with her and returned to his shop. There he saw a guard walking by his shop with one of the apples he had gotten for his wife. So, he stopped the guard and asked where did he get the apple from. He told the young man that his girlfriend had given it to him. Now, the young man knew those apples could not be found in his city. He suspected his wife for unfaithfulness.

The young man went home and found that there were only two apples. So, he took a knife and cut up his wife. Then he closed her in a chest and threw the chest in the Tigris river. When all had been done, the young man finds out that, his son had stolen one of the apples and a slave had snatched the apple from him and run off.

Now, the young man, burdened by guilt asks the Caliph to execute him. However, the caliph does not do so out of sympathy for the man. Furthermore, he orders his Wazir to find the slave who stole the apple. And if the Wazir shall fail to do so, the Wazir would lose his head.

Yet again the Wazir fails to find the slave. And the Caliph stood true to his words. On the day of the execution, when the Wazir was bidding his family goodbye, he finds that his daughter had an apple which matched the description given by the young man. Upon inquiring, the Wazir finds that it was his own slave that sold the apple to his daughter.

He finally realizes it was his slave all along. He takes the slave to the caliph and finally solves the case. Also, read Tale Of The Vizier And The Sage Duban.