This is one of the most famous short stories for kids of The Tiger King. It’s a story of King Jung Bahadur of Pratibandapuram, who was a brave warrior and whose death had been predicted when he was born. The chief astrologer in his court had predicted as the royal child was born in the hour of the bull. “The tiger being the bull’s enemy, death would come to the child by a tiger,” said the astrologer. Also, read The Jungle Book Story.

The brave prince asked all the Tigers in his kingdom to be aware of him and he came to be known as ‘The Tiger King‘. The prediction which astrologer had made was first considered to be a rumor in the kingdom. But after looking at the events that happened subsequently, it can be concluded to be true. 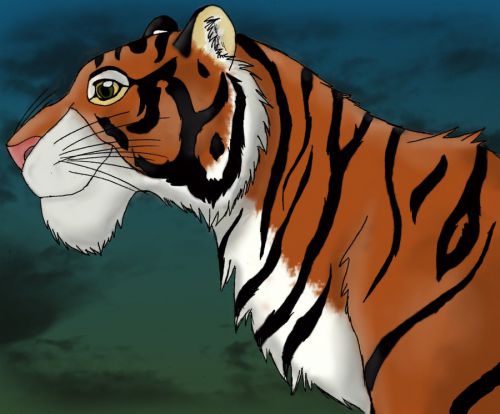 Time passed by and the prince became the king at the age of twenty. He was told that killing a cow in self-defense to be lawful and went on a tiger killing spree. He was warned of the danger from the hundredth tiger that he encountered.

As all the Tigers in his kingdom had been killed by him, but still he had to kill more of them. Soon, he married into a state which had a high population of tigers. As he killed ninety-nine Tigers, he was desperate seeking the next hunt. Also, read The Tiger And The Golden Bangle.

Fearing the King’s harshness, his minister planted an old tiger in the forest for the King to kill. When the old tiger saw the king, he understood the King’s vow and gave in to it. He begged the king to kill it and fulfill his vow. It showed the pride of the King. The King fired at the tiger but it escaped the bullet miraculously.

The royal hunters feared the King and so they did not inform him, rather they killed the tiger themselves. The King being satisfied that he had evaded death and fulfilled his vow celebrated his son’s birthday. As a gift, he got a wooden tiger toy for the Prince.

Although the toy tiger was poorly done, the shopkeeper sold it to the King at a high price because he feared the punishment under the rules of emergency. As both the King and his son were playing with the tiger, one of the thin pieces of wood that were erupting out of the toy like feathers pierced the King’s right hand.

The wound became infectious as it was full of pus. It spread through his arm and as he was being operated upon for it, he died. So, ironically, the hundredth tiger killed the king indeed and eventually, took its revenge. A tiger which was a wooden toy and not made up of blood and flesh killed the King. And so, the prediction of the astrologer had proved to be true. Also, read The Tiger And The Woodpecker.

Here is a visual depiction of the most famous short stories for kids, The Tiger King. See the video story below,