The Tower Of Babel Story

This is The Tower Of Babel Story for kids. There was a time when the Earth was filled with evil. So, the God decided to destroy everyone and everything except one good man, Noah and his family. After the flood, Noah and his family settled down. Soon, Noah’s family had their own family. Also, read Adam And Eve Story.

And just like that, the world was full of people again. Then, those families grew up and had more families. Some of them made cities too. In those times, all the people spoke the same language. And everyone lived and worked together harmoniously. But soon enough the people grew greedy. And they became full of pride. 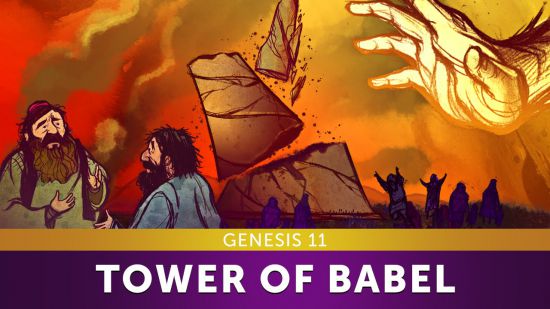 Image Source@ www,youtube.com. Then, one day they all decided to build a huge tower. The reason behind this was that they all wanted to reach the heaven. And they themselves wanted to be God. So, they start with the preparations. And they begin building the tower. The intentions of the people were not pure, they wanted to reach heaven without doing anything. Now, God saw everything and understood what the humans were trying to do. So, to stop this right there, God changed everyone’s languages.

Now, the people could not understand each other. Soon, there were arguments. After a while, the humans went their own ways. Thereby, leaving the Tower of Babel unfinished. In this manner, God saved the humans from becoming too full of pride.

When all the people had gone separate ways, Jared and his brother still lived near the tower. Even though they did not speak the same language anymore, they still wanted to live together. Jared and his brother were good and righteous men. They loved and obeyed God. You may also like to read, Noah Bible Story.

So, one day, the brother of Jared prayed to God. And he prayed to God to let their languages be the same. He also told God that they wanted live together as a family. God saw this and granted their wishes. Jared and his brother were allowed to keep their languages. These people were called Jaredites and they went to America.

The humans had tried to be too full of pride and wanted to be equal to God. All humans at that tie had been unified with the sin of pride. Therefore, God changed their languages to save them from committing a grievous sin.

Here is a short visual depiction of, “The Tower Of Babel Story”. See the video story below,

The Tower Of Babel Story Video