This is an amazing short story for kids, the ugly duckling story. Once upon a time, there was a duck. She lived in the forest. One day she laid some eggs. After warming them carefully, the duck waited for the eggs to hatch. As she watched, three of her eggs cracked and three lovely ducklings came into the world.

Birth Of The Ugly Duckling

The mother duck was overjoyed but the largest egg was still there. At last the great egg burst but it was large, grey, and ugly. The mother duck looked at it. “Oh no! He can’t be my baby. How ugly and different he is from all my other children.”, mother duck said. The ugly duckling was hated by his brothers and sisters. They would often mock at him. Also, Read The Three Bears and Goldilocks. 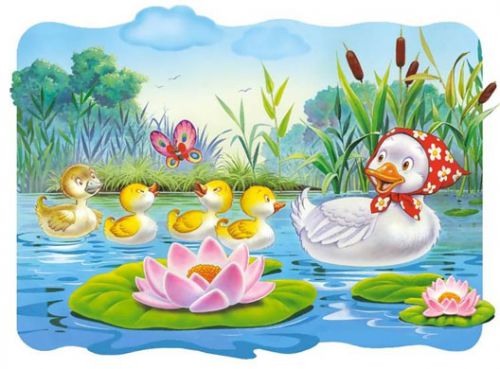 The ugly duckling felt so sad that he ran away from home one day. Walking alone, the ugly duckling came upon a house. As he peeped inside, he saw an old woman sitting idol. At her foot sat a cat and a hen. Suddenly, the woman noticed the duckling.

At first, the woman cuddled the duckling but the very next moment she screamed at him in anger. “Away from here, you ugly duckling”, she said. The duckling ran out of the house. Once again, the poor duckling went walking sadly. He spent the rest of his day and night crying all alone. He felt lonely and miserable but the ugly duckling was hopeful in his heart. Also, read The Ugly Tree Story.

Then, one day, the duckling saw a pond. His eyes lit up in joy as he had seen water after so many days. The ugly duckling hopped of joy. He swam to his satisfaction. But his happiness was short-lived. Winters had started and the cold wind had started to blow. Due to cold weather, the pond had frozen. Now, the ugly duckling couldn’t swim.

A little while later, a kind farmer happened to pass that way. Taking pity on the duckling’s miserable condition, he took him home. The farmer nursed the duckling and soon the bird was well. Then the farmer left the duckling in the pond.