The Water In The Well

This is one of the great Akbar Birbal stories in English. There once lived a farmer in Emperor Akbar’s Kingdom. He was old and quite poor but he worked hard on his land everyday.  The farmer had a neighbor who was very cunning and cheated many people. The farmer bought a well from his neighbor and paid him all the money. But the neighbor demanded for more and more money.

On that very same day, Emperor Akbar was taking a walk by the river in his Kingdom. His most intelligent Minister, Birbal, was with him. A cool wind was blowing and both of them were very relaxed and happy. Also, read Tenali Raman And The Proud Priest. 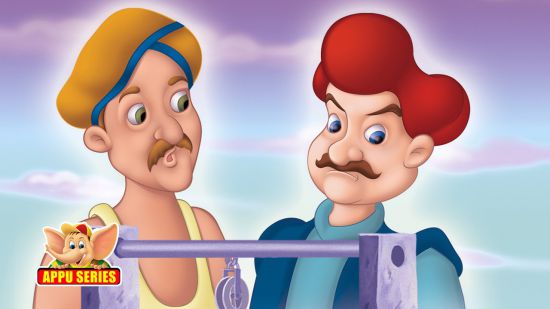 Image Source@ www.youtube.com.  Birbal was entertaining Emperor Akbar with his interesting stories. Just then, a farmer and his neighbor came up to them with a complaint. The farmer fell at Emperor Akbar’s feet and said, “Your Majesty, I bought a well from this man and now, he wants me to pay for the water.”

“That is right, Your Highness,” said the neighbor. “I sold him the well, NOT the water in it.” The argument between the two confused the Emperor. He asked Birbal to settle the fight between them. Birbal had listened carefully to both sides. He saw that the farmer was poor but a truthful man. Birbal quickly understood that the farmer’s neighbor was trying to cheat the poor farmer. Birbal was quiet for some time. Then he spoke to the neighbor.

“I understand that you have sold this well to the farmer, so the well now belongs to him,” said Birbal. “That is right, Sir!” answeredc the neighbor. Birbal continued, “But if you have kept your water in his well, so either you should pay him rent for that water or you take it out at once!” You may also like to read, A Price To Pay.

The neighbor realized that he could no longer fool the farmer. He hung his head in shame and went away. The farmer thanked Birbal for solving the problem so easily.

Here is a short visual depiction of one of the great Akbar Birbal stories in English “The Water In The Well“. See the video story below,