This is one of the amazing fairy tale stories for kids. Once upon a time, a king had three sons, who were brave and capable. The king loved his sons. But, some of the courtiers told the king that his sons were eager to wear the crown. Though the king was old, but he had no intentions of retiring just yet. So he thought of a plan.

He summoned the princes and said, “My dear children, I am growing old. My kingdom will need a king and to decide which one you shall succeed, I have three tasks. Each task will take a year. So, in three years I will have chosen a successor. The three princes were extremely happy with the idea. 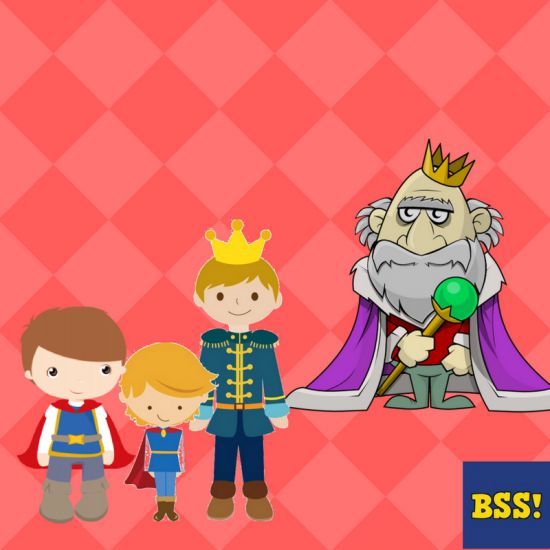 The first task they were given by the king was to find the smallest puppy in the kingdom. The older two sons set out to travel. They traveled far and wide in search of the smallest pup, whereas, the youngest prince stumbled upon a magnificent castle. The castle was filled with cats of all sizes and colors. They were ruled by a white cat. Soon, the prince made friends with the white cat and spent the entire year in the care of the cats. His time there was full of merriment and joy.

As the year drew to a close, he remembered his father’s task. “Take this,” the white cat said, giving the young prince a hazelnut. The prince accepted the hazelnut, though he wasn’t sure what good that would do. Soon, he was in the castle among his brothers. When the youngest prince presented the hazelnut, everyone laughed at him. But then, when he cracked it open, a small pup came out. The pup was the smallest of all.

The next task, “Bring me the finest muslin,” the king ordered. Yet again, the older two set out to travel the kingdom. But the youngest prince returned to the castle of cats. There he spent the entire year enjoying himself. When the year was almost over, he told the white cat about his father’s task. Also read, Cat And Mouse In Partnership.

“Here, crack this when you reach the court,” the white cat said, giving him a hazelnut. The prince gladly took the hazelnut and reached the court. The youngest prince cracked the hazelnut, he produced the muslin which was finer than the finest. The king was quite pleased with it.

“The chop my head off,” the white cat told the young prince. The prince could not believe it, but he agreed anyway. The moment he cut the head off, a beautiful princess emerged. Shocked, the prince could only stare at her beauty. “I was cursed by an evil witch. Thank you for setting me free. I am the heir to seven kingdoms, so you can take me to your father,” the princess informed the young prince.

So, the young prince arrived in the most pristine carriage and with the most beautiful princess. When the prince entered the court with the princess, the king was shocked.  He started thinking of other tasks to keep the princes busy. you may also like, The Old Woman Who Lived In A Vinegar Bottle.

The clever princess soon understood the king’s behavior and spoke, “If I may speak, your majesty, I am the heir to seven kingdoms and I can see that our majesty is an excellent king. It would be a shame if you were to give up the crown, your majesty.”

“There is no need for you to decide who is the prettiest princess of all. I shall give one each kingdom to the other two princes, leaving four for the youngest prince and myself.” The king was greatly overjoyed and he agreed at once. `So, all the three princes had their own kingdoms and the king did not have to give up his crown. Everyone lived happily ever after.