This is one of the awesome kindergarten stories with moral for kids. Once upon a time, there lived a wealthy man. He was quite successful. However, his son was engrossed in bad habits. With no more options, the wealthy man asked a wise old scholar to educate his son. “Please help my son,” he pleaded. The wise man agreed to help the poor boy.

Soon, the old man arranged for the two of them go through a park. When the old man met the boy, he took the young boy to the park for a stroll. There were many varieties of trees and plants in the park. Stopping abruptly, the old man pointed at a small plant. “Pull that out,” he told the boy. Also, read The Old Woman Who Lived In A Shoe Story. 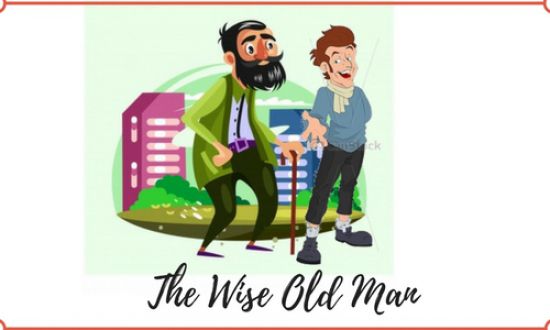 The boy easily pulled it out wondering what was the meaning of this. Next, the old man asked the boy to do the same with some other plant. This plant was a bit bigger than the previous one. This continued, and as time went by, the plants grew bigger and smaller.

As the plants grew bigger and stronger, the boy began to have trouble while pulling them out. Then, at one point, the boy could no longer pull the plant out as directed by the old man. The poor boy tried with his might and still failed.

“Impossible”, he said out of breath. “It is impossible to pull this plant out.” The old man smiled. And said, “I am going to tell you something valuable. Listen to it carefully. You see, it is extremely easy to root out young plants. In the same manner, bad habits can be easily removed at a young age.”

“As we grow, our habit become stronger. And to get rid of them, you need to apply more strength. And once the bad habits take root, it is excessively hard to get rid of them. Hard but not impossible.” Finally, the boy understood the meaning of the lesson and began to work on changing his ways. You may also like to read, The Old Man And The Three Young Men.

MORAL OF THE STORY: DROP BAD HABITS BEFORE THEY GROW WITH YOU.