The Wonderful Wizard Of Oz Summary

This is the wonderful wizard of oz summary. Long ago, there was a little girl named Dorothy, who lived with her aunt and uncle. Her best friend was her dog, Toto. Dorothy and Toto would play together for hours. They were playing outside one day when the wind began to blow. The sky got very dark, thunder rolled, lightning flashed and the wind began to blow even harder. It was a cyclone. Dorothy called out to her aunt and uncle but they were not there.

She ran into her house and locked herself in her room along with Toto. For hours and hours, the little house spun through the clouds until suddenly, the wind stopped and the house fell to the ground with a great crash. Dorothy and Toto slowly opened the front door. It was a beautiful morning outside but it was clear to Dorothy that she wasn’t in Kansas anymore. This was a wonderful green land with strange flowers and the smallest houses she had ever seen. There was also a road made of yellow bricks. 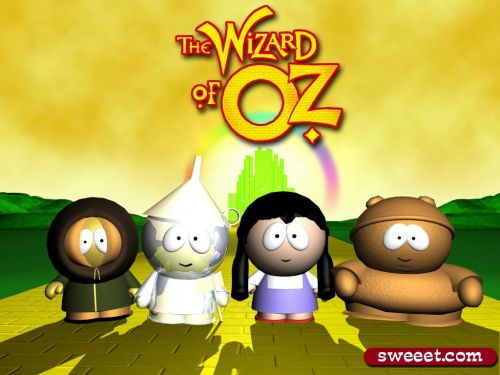 A woman appeared in front of Dorothy and introduced herself as the witch of the north. Luckily, for Dorothy, she was a good witch. She explained that this was the land of Oz and Dorothy’s house had landed right on the top of the wicked witch of the east and killed her. Dorothy was sorry to have killed anyone but the good witch told her that she was a hero for doing so and that she was now the owner of the evil witch’s magic ruby slippers. Dorothy had no interest in magic shoes. She just wanted to get back to her aunt and uncle.

The good witch told Dorothy to follow the yellow brick road to the Emerald City and the wizard who lives there could send her home. Dorothy and Toto headed towards the wizard’s palace. After walking for some time, they saw a scarecrow in the cornfield. Unlike other scarecrows, he could talk. He wanted to get off his pole. Dorothy helped him down and the two became best friends. He told Dorothy that he wanted to be a great thinker, but he didn’t have a brain. After hearing his sad story, she invited him to come along with her to the Emerald City where the wizard could give him a brain.

Walking further along the yellow brick road, they heard a loud clanking noise. It was a rusty tin man, who was standing near the road as he was unable to walk. They put a little oil on his mouth so that he could speak. The tin man told that he’d rusted because he couldn’t stop crying. He was sad because he didn’t have a heart. Dorothy put more oil on his joints so that he’d stop clanking and told him about the wonderful wizard who could give him a heart. The tin man joined them and they continued down the yellow brick road.

As they walked a little further, they heard someone whimpering. A huge lion was curled up in a little ball shaking with fear. A mouse had bitten his tail and he didn’t have enough courage to fight back. Dorothy consoled the cowardly lion and asked him to join in their journey to the Emerald City where the wizard would give him some courage.

The four friends continued their journey but what they didn’t know was they were being watched. The wicked witch of the west was furious that Dorothy had killed her sister and she wanted her sister’s ruby slippers back. Through her crystal ball, she observed Dorothy and her friends heading towards Emerald City. She summoned her flying monkey soldiers and ordered them to capture Dorothy. The four friends came across a poppy field with a willow tree in the middle of it. As soon as they came close to it, the roots reached out entangled everyone except the Tin-man. The Tin-man with his powerful ax hacked the roots apart and rescued them.

After crossing the poppy field, they came to a wide blue river. The water was quite choppy and there was no boat for crossing. The Scarecrow suggested that they should climb on his back for he was made of straw and wood that could float. With much difficulty, they crossed the river. Finally, they reached Emerald City. They were heading directly to the palace when suddenly, the wicked witch’s flying monkey surrounded them. The monkey captured them and took them away to the evil witch. The friends were brought before the wicked witch. The Scarecrow noticed that the witch was holding a small vial. “You killed my sister and for that, you must pay! Give me back those ruby slippers,” said the wicked witch.

Dorothy fought back with all of her might. Dorothy wrenched herself away from the witch’s grasp. She picked a nearby bucket of water and threw it on the witch. The witch started to cry. The water was causing her to melt and soon she was nothing more than a puddle on the floor. The vial she was holding fell to the ground and who should pop out but The Wizard of Oz himself!

The wizard thanked Dorothy for saving him and ridding Oz of not just one, but two horrible witches. “As a reward, I will give all of you anything you wish,” he explained. The Scarecrow got his brain, the Tin-man got his heart and the lion got his courage. However, he told Dorothy that he could not help her get home. The power had been with her all along. She only need to wear the ruby slippers and click her heels together three times to go anyplace she desired.

It was time for Dorothy and Toto to return home. She tearfully bade everyone goodbye and clicked her shoes together as she had been told. In the blink of an eye, she was back with her aunt and uncle in Kansas. Dorothy was happy to be home but she would never forget her new friends.

Here is a visual depiction of, “the wonderful wizard of oz summary”. See the video story below,