The Woodcutter And The Troll

This is a short fairy tale for kids to read. Once, there lived a woodcutter in a village. He was very poor. However, he was a hard working. He used to go to the woods everyday, and cut the woods. This was his every day routine as he used to sell them in the market to earn his living. 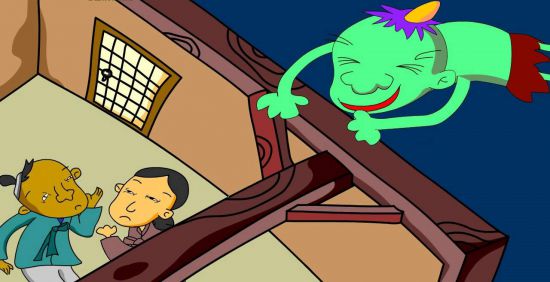 “Please, master! Lend me five yen. I’ll repay you tomorrow!” cried the troll. That was all the woodcutter’s money. However, the woodcutter was still scared, so he gave the troll five yen. He went home with nothing.

The next day, the troll came again with another five yen. The troll came every day. He brought five yen every day. The woodcutter soon became rich. With so many money, he bought a new house which had a big field. He grew many vegetables in it. He also got married and soon had a son and a daughter. They were a happy family.

Years passed and the woodcutter was now old. One day, he died. The troll did not know this. Every day, he took money to the house. The woodcutter’s son received the money.

The next morning, the woodcutter’s son ran to his feet. His field was covered in manure. The troll had fallen for his trick. The woodcutter’s son grew many vegetables. They were the best vegetables in the village. He grew vegetables on every season. Since then, he lived happily ever after. Also, read The Selfish Giant Story.

Here is a short visual depiction of a short fairy tale “The Woodcutter And The Troll”. See the video story below,