This is the tom thumb short story for kids. Once upon a time, there lived a poor man and woman who had no children and their only wish was to have a child. One evening as they were sitting on a porch, they saw a falling star and the woman said, “Let’s wish for a baby, no matter how small it would be!”

Seven months had passed and their wish came true- a child no longer than a thumb was born. Because he was so little, they called him Tom Thumb and loved him with all their hearts. The boy became wise and nimble, but he never grew in size, so the parents were very careful that nothing would happen to him. 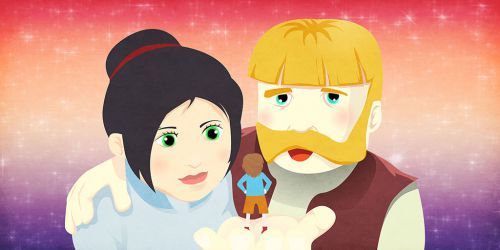 One day the boy said to his father, “I am old enough to help with chores like all the other children do. Please father, let me lead the horse to where you are working. I may not be big enough to lead it by the reins, but I can sit in the horse’s ear and give it directions.” His father agreed because he knew that his son is a clever boy and he would manage to do the job.

“Mister, We have a great news for you! Sell us your boy and we will give you as much money as you wish for! He will travel with us on exhibitions and we will make a fortune out of him,” the men said. “My son is not some jester and he is not for sale,” replied the angry father. Read more such free short stories online from here.

But Tom Thumb jumped on his father’s shoulder and whispered in his ear, “Listen, father, you are getting older and you won’t be able to work as hard as you do now. But if you let me go with these two men and take the money which they offer you, mother and you will finally live a good life. I promise that I will return soon.” The man would always listen to what his boy has to say as he was a wise boy and decided to let him go. Tom Thumb sat on the rim of one of the men and they left.

When the men stopped for a while to have lunch, Tom Thumb slipped out of his hat and slipped into a mouse-hole. The men tried to get him out of the hole by poking inside with their sticks but all their efforts were useless because Tom Thumb had gone deep into the hole and they could only hear his voice. “Go on your way without me gentleman,” he shouted. As it was getting dark, the men had no choice but to continue without the boy. Also read, Story Of The Twelve Dancing Princesses.

When he made sure that the men are gone, he crept out of the hole and started looking for a place to spend a night. As he was walking, he bumped into an empty snail shell and quickly went inside. He got ready to sleep when suddenly he heard voices, “How are we going to rob the pastor’s house exactly?” Tom Thumb immediately understood that he had to deal with the robbers and decided to save the pastor’s house.

“Good evening gentleman! Follow my voice and you will find me! I can help you with the robbery because I am so little and I can go wherever I want,” said Tom. At first, the men didn’t believe their eyes, but the boy paid no attention to their state of shock. “I will go into the house and I will hand out things if you would only take me with you,” he finally convinced them and they went to the pastor’s house.

The minute he found himself inside the house, Tom Thumb started making a whole lot of noises. “Keep it quiet,” the robbers hushed him but he pretended not to understand them. Because of so much noise, one of the maids woke up. She scared off the robbers but didn’t see Tom Thumb. So he finally had a good night sleep in the hay. 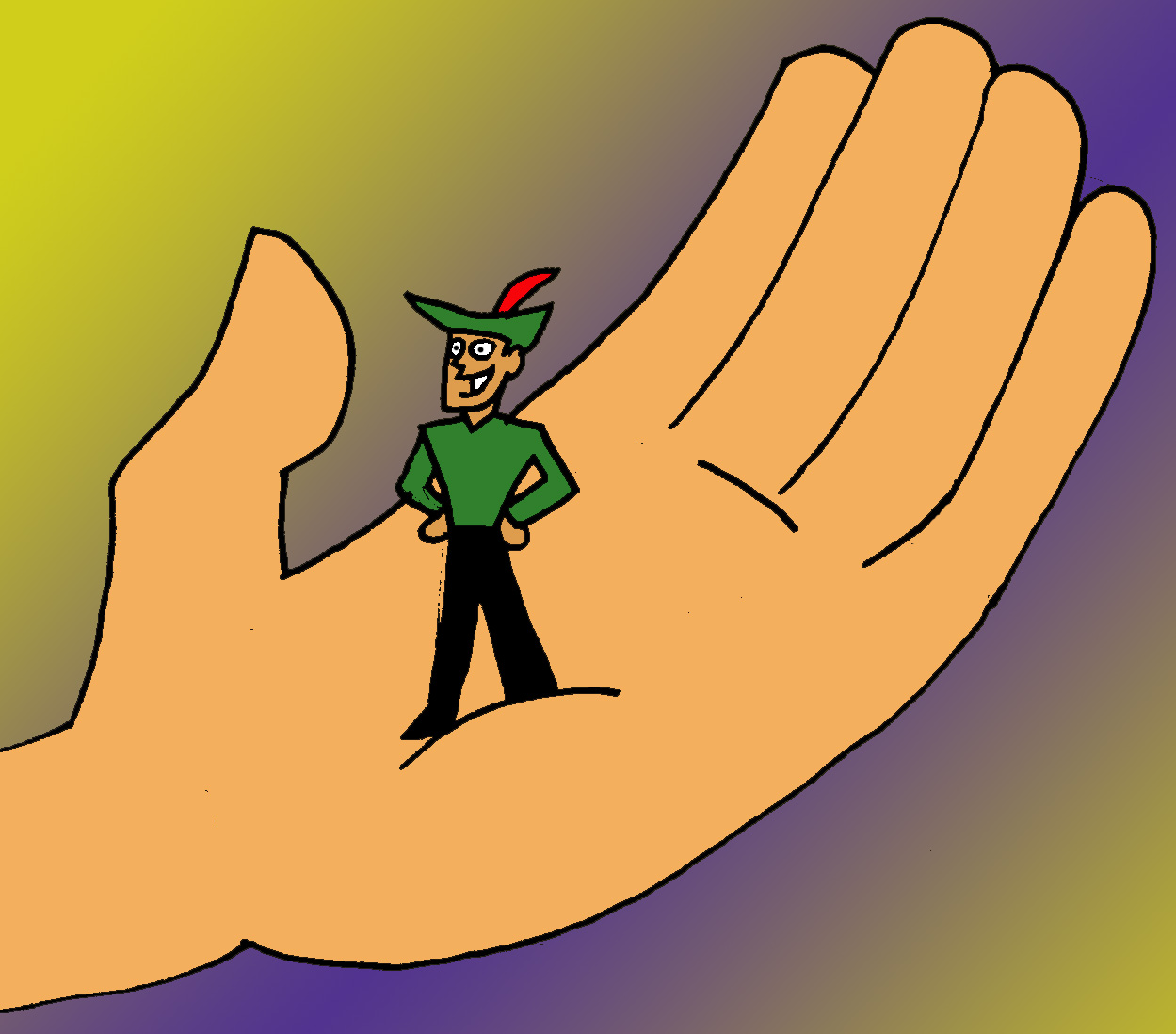 In the morning, Tom Thumb woke up by a cow. He was calmly eating the hay that he was sleeping in. Before he could run away, the boy found himself in the cow’s stomach. “Help me! I am stuck inside the cow!” Tom Thumb started yelling, hoping that someone would hear him. It happened that the pastor was passing by and when he heard the voice coming out of the cow’s stomach, he thought that some evil spirit had enslaved the animal and he killed the poor cow that same day.

The cow’s stomach was thrown into a pile of trash with Tom Thumb inside it, so he had to find his way out of the smelling pile. He was almost out when a hungry wolf came towards and gulped the whole stomach. “Oh heavens!” cried Tom Thumb, but he didn’t lose hope. On the contrary, he decided to make the wolf bring him home. “I know a house not far from here, which is full of bacon and ham and all delicacies,” spoke he from inside the wolf’s belly.

The wolf interested in this idea followed Tom Thumb’s directions and soon they arrived. The boy guided the wolf to the kitchen, where the beast started tearing a piece of ham. Tom Thumb’s father heard the noise coming from the kitchen and took his ax. “Father, I am in the wolf’s stomach, so be careful not to kill me”, Tom said.

His father killed the wolf and then cut him open to get Tom Thumb out of it. “My dearest boy, I promise never to sell you again, not for all the riches in the world.” They gave him food, drink, and new clothes and lived happily ever after together.

Here is a visual depiction of, “Tom Thumb Short Story”. See the video story below,