Top 10 Stories With A Moral For Kids

Moral stories for kids play an important role as it teaches life lessons in the most interesting way. Such stories help in teaching your child a valuable lesson about how to be a good and considerate person, too.

Moral stories can teach the value of compassion, respect, integrity, and responsibility in a very easy way. Bedtimeshortstories.com has curated some of the stories with a moral for kids which can teach your children valuable lessons through these fun and entertaining tales. Enjoy Reading.

Top 10 Stories With A Moral For Kids To Read: 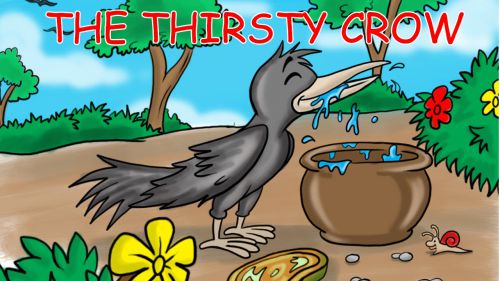 This is a story about a crow is wandering here and there in search of water. On his way, he sees a pot of water that is half-filled. He tries hard to reach the water but he was not able to do so. Soon, he notices the pebbles on the ground and one by one, he starts to put them in the pot. At once, the level of water reaches the top. The thirsty crow drinks the water and flies happily.

The story tells us that no matter what one should never give up in times of problem. If you will try hard enough, you will soon find a solution to all of the problems. But if you give up, you will automatically lose the best opportunities for the same. Read the full story here. 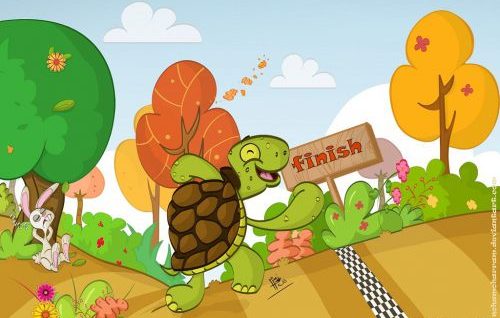 This is a story of a hare who was very proud of his speed. When he saw a tortoise, he laughed at him because of his slow speed. To teach him a lesson, the tortoise challenged him for a race. As the race began, the hare swiftly ran and reached very far. On the other hand, the tortoise was far behind. The hare decided to take a nap.

This story teaches us that “Slow and steady wins the race!” Read the full story here.

3. The Wolf And The Seven Little Goats 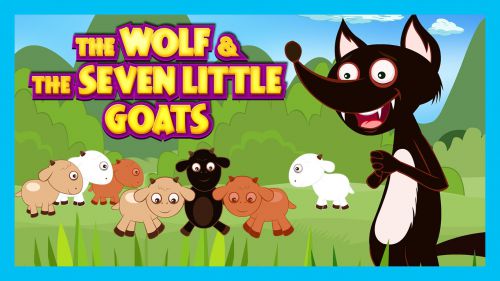 This is a story of Mama Goat and her kids who used to live happily. Until one day, a wolf noticed the kids. When Mama goat was going to buy food for her kids, she told their kids to be careful. The wolf was so clever that he painted himself white and changed his voice. In no time, the kids opened the door. One by one, he ate six little goats and left the seventh one because his belly was full.

When Mama Goat returned, she was shocked to see the door open. The youngest kid told about the whole incident. Mama Goat took a scissor, needle, and thread. As the wolf was sleeping, she took out all her kids and filled stones in his tummy. The next morning, when the wolf went to the well to drink water, he could not manage his own weight and fell into the well. Mama Goat and her kids lived happily ever after.

The story helps us to learn many moral values like “Wicked ones are always punished in the end.” “If you will be bad to others, bad will happen to you.” “The children must always obey their parents.” Read the full story here. 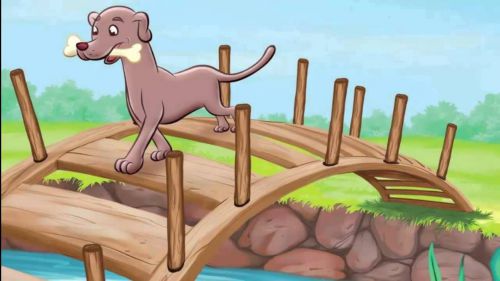 This is a story of a stray dog who used to roam street to street in search of food and water. One day while roaming, he found a juicy bone. He held the bone tightly into his mouth and was about to cross the stream. As he looked into the stream, he saw another dog with a bone. He wanted to grab his bone, too. But as he opened his mouth, the bone fell into the stream. Later, he realized that it was his own reflection. He had to go back home hungry.

The story of Greedy Dog conveys some great messages such as “One should not be greedy,” and “Grasp all, lose all!” Read the full story here. 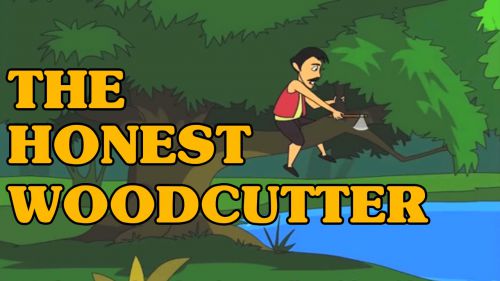 This is a story of two woodcutters named Deena and Soma. Deena was hard-working while Soma was lazy. As Deena went for his usual work, his ax slipped from his hand and fell into the river. He started to cry as this was his only bread and butter. Soon, God appeared and offered to help him. He depicted the whole incident and soon, God took out a golden ax. But Deena said no without any hitch. Then, God presented a silver ax, but Deena again denied it. Finally, God took out his iron ax. Deena was overjoyed and accepted his ax.

God was pleased with his honesty and gave all three axes as a reward for his honesty. Deena sold the golden ax the next day and became rich. But he went to work as usual. When Soma came to know about this, he became jealous of Deena and followed him. When Deena left that place, Soma intentionally dropped his iron ax. He immediately said yes to the golden ax. God took all of his axes and Soma got his lesson.

This story teaches us that “Honesty is the best policy.” Read the full story here.

6. The Lion And The Mouse 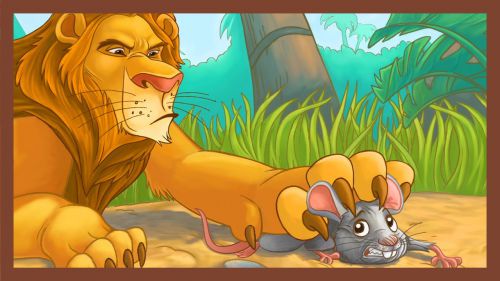 This is the story of a lion who was sleeping in his den. Without realizing it, a mouse began running up and down upon him. The lion became angry and was about to eat him. The poor mouse pleaded before him and promised to return him for this favor. The lion spared him. A few days later, the lion was caught in the hunter’s trap.

The mouse immediately heard the lion’s roar and ran to the lion. The mouse gathered all his friends and all of them began to cut the trap. The lion was finally free from the trap and thanked the mouse. From that day, they were the best of friends.

The moral of this story is “A friend in need is a friend indeed!” Read the full story here.

This is a story of two friends Sham and Thanu who decided to go to the nearby city for their business. But, they had to cross the forest. While they were crossing the forest, Shaam felt movement behind the bushes. It was a wild bear. Both of them were frightened. Thanu immediately climbed the tree but Shaam didn’t know how to climb it. Shaam felt betrayed. He held his breath and lay on the ground, pretending to be dead.

The bear sniffed him and thought he was dead. Soon the bear left. Thanu jumped off the tree and asked Shaam that what did the bear whispered. To this, Shaam replied, “Don’t be friends with those who are mean.” As a result, Thanu bowed his head down in shame. Shaam walked back to the village.

The story teaches us the great moral, “Never travel with a friend who deserts you at the approach of danger.” Read the full story here. 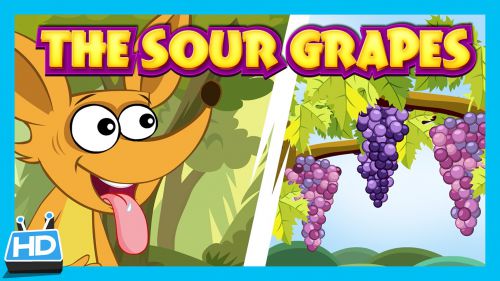 This is a story about a fox who lived in a forest. Near the forest, there was a vineyard. One day, while the fox was searching for food, he passed through the vineyard. He didn’t know what exactly it was. As he came closer, he realized that it was grapes.  As he looked at the grapevine, he drooled. No matter how much he tried, but his effort was futile. He decided to take a rest for some time.

He concluded that the grapes might be sour. Just because he was unable to reach the grapes, he started to make excuses, and soon he gave up. He was very hungry but just because he didn’t try further, he had to sleep empty stomach that night.

This story gives a great moral life lesson. “You will not achieve your goal if you give up by making excuses!” Read the full story here. 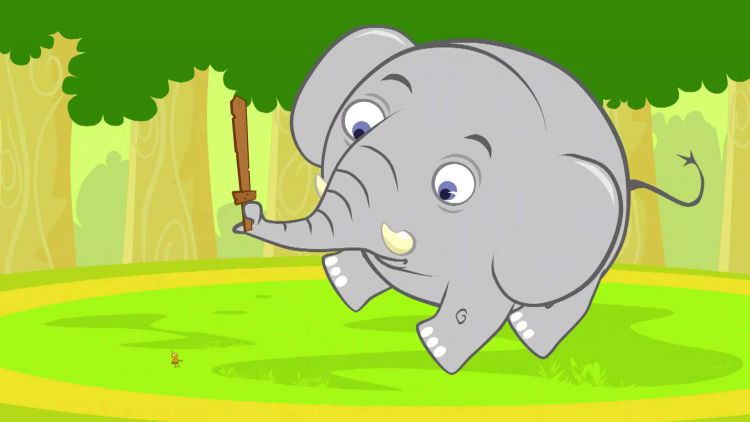 This is a story about an elephant who was very proud of its size. He would always underestimate the small animals. There was an anthill near the elephant’s home. The elephant sprinkled the water on the ants to show off his strength. The ants cried but the elephant only laughed and told them to stop crying or else he would crush him to death. One of the ants decided to teach him a lesson.

He went straight into the elephant’s trunk and started biting him. The elephant became restless and cried in pain. The elephant apologized for being so selfish and promised to be kind to all the animals. From that day, he never teased small animals.

The story teaches us that one should not be proud of his size. Even small things can defeat big things in life. It also teaches us that what seems to be a disadvantage at one time proves to be advantageous at another time. Read the full story here. 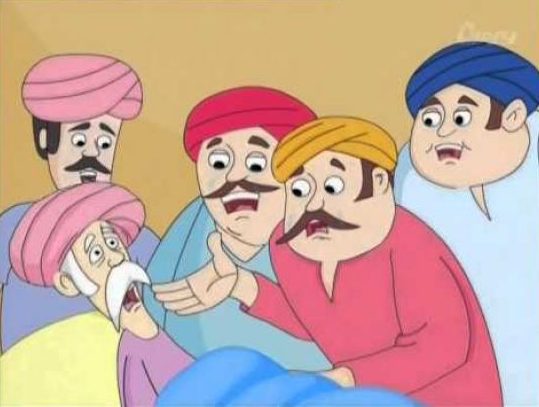 This is the story of a farmer who had four lazy sons. As the farmer was old, he was worried about his son’s future. He called his son before he died and told them that there was treasure hidden in the farmland. They dug the whole farm but could not find anything. A passerby was crossing from the farm and suggested planting some seed. To this, the lazy sons agreed. Soon, the seeds grew into healthy crops.

They sold the crops in the market and earned a handsome amount in return. The brothers understood that this was the treasure their father was talking about. Finally, they realized nothing in life came free of cost, hard work was required to gain something. The four brothers overcame their laziness and worked hard for their future.

The story teaches us many life lessons such as “Hard work along with teamwork leads to success,” “Hard work always pays off,” “No pain, no gain,” and “The pain you feel today will be the strength you need tomorrow.” Read the full story here.

If you loved this collection of Stories With The Moral For Kids, don’t forget to share it with your friends. Thanks for reading!