Whether Boys or Girls, Moral lessons should be taught from a very early age so that our little champs tend to build up good moral values while growing up. Begin by telling your lad the best bedtime stories for boys that will help them differentiate between right and wrong immediately!

Wherever you see that boys are into bad habits of misbehaving, stealing, etc, it only shows that the value system of those children is not good or was never even incorporated, which is why they are indulging in all kinds of bad deals.

Teach your little ones the best moral values like honesty, loyalty, respect, self-reliance, self-discipline, patience, kindness, gratitude, forgiveness, personal responsibility, and courtesy. At Bedtimeshortstories.com, we have curated the best free bedtime stories for boys that will help your lad become a responsible member of the society.

Caleb was a very selfish boy. He never shared his toys with anyone. His parents were worried as to how to teach him about kindness and sharing.

Then, one day, Caleb was returning from school on his new bicycle. As Caleb was watching, a boy fell into a ditch and hurt himself. The boy cried, “Ah! I can’t move my arm.” Caleb would never help anyone but that day, he felt sad for the boy. So, he rushed to him and helped him stand up. He said to the boy, “Looks like you have fractured your hand. Sit behind me and I’ll ride you to the hospital.” 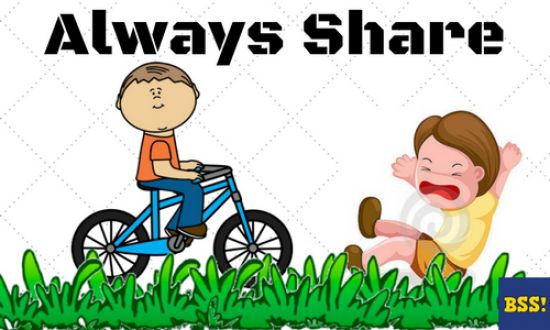 Later, that evening, the boy’s parents visited Caleb and thanked him, “You are a very kind boy. God will always bless you.” After they had left, Caleb’s father said, “Son, see the blessings you receive by being kind and sharing.” Caleb understood the importance of being kind and decides to share always. Also, read The Thirsty Crow.

Adam had learned from his friends that lying is the easiest way out of any situation. So he became fond of lying and enjoyed telling small lies. When his parents caught him and warned him against telling lies, he shrugged them off, saying, “Lies never harm anyone!” Adam’s father decided to explain to him why lying is bad. 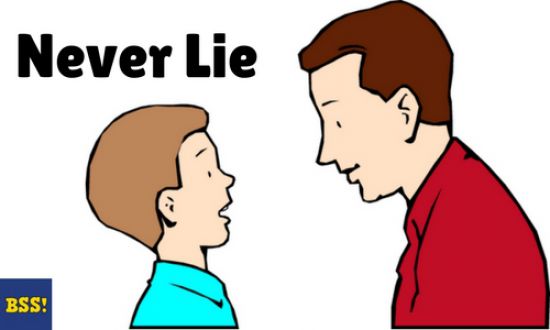 One evening, Adam and his father were walking down the street with some groceries. Just then, they saw a car rammed into a bookstore. Adam’s father asked a man what happened and he replied, “The car driver lied to his father that he could see without spectacles. They both were in the car when the accident happened. The father is seriously hurt. I’m sure the boy regrets ever lying!” Adam’s father looked at Adam and said, “See Adam, a lie is so dangerous! It can hurt people!” Adam realized the huge cost of a lie and stopped lying.

Once upon a time, there lived a boy called Edward. He was very kind and gentle. Once, he saved a rabbit from a trap in the forest risking his life. You may also like to read, The Loyal Mangoose.

The next day, Edward went to an old junk shop to sell old things. The owner of the shop was a strange-looking man. He said, “Hey, boy, do you want this ring?” Edward saw the ring and bought it for his mother. He took the ring home and was about to put it on his finger. 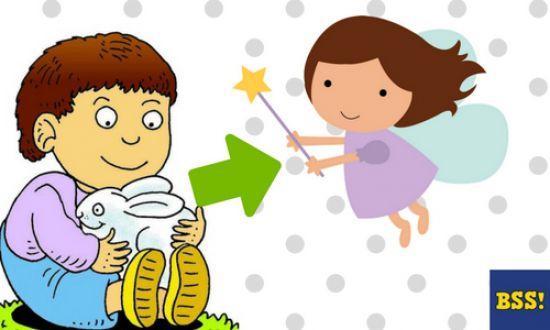 Just then, he heard a whooshing sound, and there stood before him a pretty fairy. The fairy said, “No, Edward, don’t wear it!” Edward was scared and he asked, “Why not? Who are you?” The fairy replied, “I am a fairy! I was playing in the disguise of a rabbit and a hunter trapped me. You saved my life, so I came to save yours. The ring is poisoned. It would kill you as you wear it.” “Thank you, Fairy!” Edward said. To this, the fairy said, “Edward, your selfless act saved you.”

A long, long time ago, there was lived a boy named Rodney in a village. He was very happy with his family. But his happiness could not last for long. Rodney and his fellow villagers faced a severe drought, one year. They desperately waited for rains but with no luck. There was no water anywhere. All the crops, land, and even trees dried up. The cattle started dying. People had to go far away to a dream to get water. As there was no rain, the stream was drying up slowly.

Then, one night, during a meet with the villagers, Rodney said, “Friends, we all have heard tales from our grandparents about an underground river flowing through our village. Why don’t we dig and see?” The villagers agreed and started digging. They dug for some days but gave up soon. However, Rodney kept on digging. When people told him to give up, he said, “God is helping and guiding my way.”

Then, one day, when he had dug deep enough, Rodney saw water. His attitude of not giving up saved the whole village. “Never give up so easily,” Rodney advised all the villagers. Now, they are never short of water. And whenever any problem arises, all the villagers came up together and find a solution.

Once, there lived a boy named Keith with his mother. He turned eight and it was time for a grand celebration. Keith was very excited about celebrating his birthday that evening. His mother had decorated the house with streamers and balloons. She had prepared many snacks like chocolate chip cookies, blueberry muffins, chocolate cake, and lots of lemonade to drink. Also, read The Wolf And The Seven Little Goats Story. 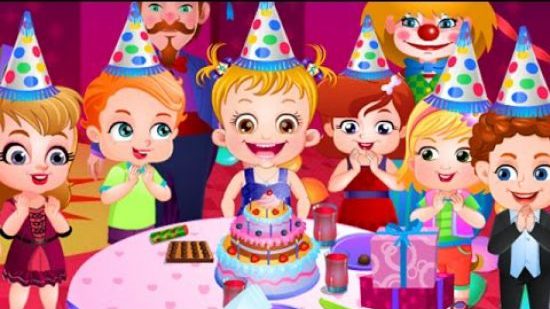 Keith had invited a lot of friends and he was waiting eagerly for his friends to arrive. Soon, there was a knock at the door. A boy with matted hair and torn clothes stood at the door, asking for food. Keith shouted, “Go away, boy! Don’t keep standing at my door.” Keith’s mother saw this but before she could say anything, Keith’s friends came. Soon, the boys played many games and had fun.

After they had left, Keith saw the same boy standing across the street. His mother said, “You should invite him in and share food with him, Keith. Your happiness will double if you share!” Keith understood and invited the boy in. Later, he felt happy helping someone in need. And he got a new friend, too.

If you loved these short moral stories, don’t forget to share it with your friends. Thanks for reading!