Twas The Night Before Christmas Story

This is an adaptation from the works of Clement Clarke Moore, Twas The Night Before Christmas Story. The house stood silently, not even a mouse stirring on this Christmas eve. The stockings had been carefully hung on the chimney, all in the anticipation of St. Nicholas’ arrival. All the children had been tucked into their warm beds and were at the brink of delicious sugar plum dreams. The mother’s handkerchief had been carefully tied around her head, and the father was in his cap. All preparing to go to bed on the cold, cold Christmas eve.

Then suddenly, a loud noise woke the father. Out of the bed, he sprang, running at top speed to the windows. Pulling the sash he threw open the windows to inspect what noise had awoken him. The moon was up, shining brightly and making everything glow. In wonder, the father looked down, his eyes wandered and searched for the cause of the noise. 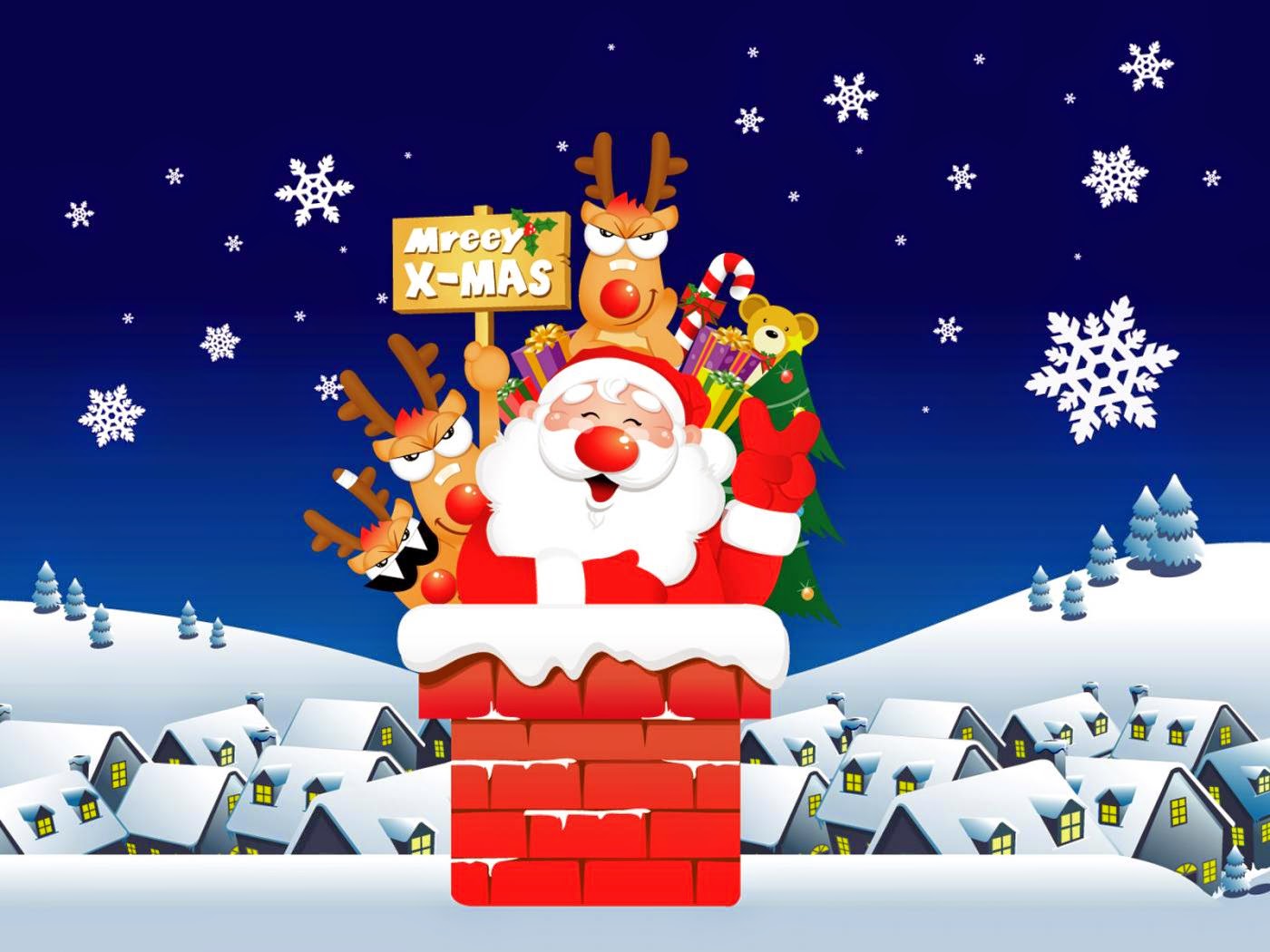 In the lawn, a tiny sleigh had been parked, with eight tiny reindeer. And then, he saw a little driver, who appeared to be quite old and plump and lively! At that moment the father knew St. Nicholas had come to visit them. Oh, how overjoyed he was!

The little driver whistled and shouted the reindeer’s names, ” Dasher, Dancer, Prancer, and Vixen!” he called. “Come on Comet, Cupid, Donner, and Blitzen,” he whistled. “Dash away, dash away!” tugging on their reins he commanded them. So, up the housetops, the carriage flew like dry leaves flying wildly before a hurricane.

Then, the father heard the hoofs of the reindeer clip-clop on the roof. They were on the roof! Down the chimney shoot slid St. Nicholas with a rope. He wore furs from head to toe, which were dirty with all the ash and soot. He smiled with twinkling eyes, carrying a bag of toys thrown casually over his shoulders. His cheeks were rose-colored and the nose was like a cherry!

Also read, I Heard the Bells on Christmas Day.

He had a broad face and a round belly, that jiggled when he laughed merrily. A tiny pipe was stuck between his teeth, wisps of smoke rose like a wreath around his small face. Plump and pursy little elf he was! When the father realized it was an elf, he laughed quietly. There was nothing to fear.

The little elf did not speak a single word but went straight to work. With immense care and love, he filled up each of the stockings hung at the chimney. Quickly turning around, when he was done, he slid back into the chimney. He held the rope and gave it a nudge and nodded his head, and up he went the chimney shoot.

Once on the roof, whistling to his companions he sprang into his sleigh. The tiny sleigh took off soon after the little elf hopped in, and flew away, away into the cold Christmas eve. “Merry Christmas to all and to all a good night!” the father heard the jolly little elf sing as he disappeared in the night.

Here is a visual depiction of, “Twas The Night Before Christmas Story”. See the video story below,