This is one of the amazing stories with moral values which has been adapted from a Zen story. Once upon a time, far away, there used to be a monastery.

Now, this monastery was quite strict. In the monastery, there was a rule for not speaking a word. All the monks in the monastery adhered to this rule. Everyone had taken up the strict vow of silence. And no one in the monastery talked. Not a single word came out their mouths. Also, read The Gift Of Insults. 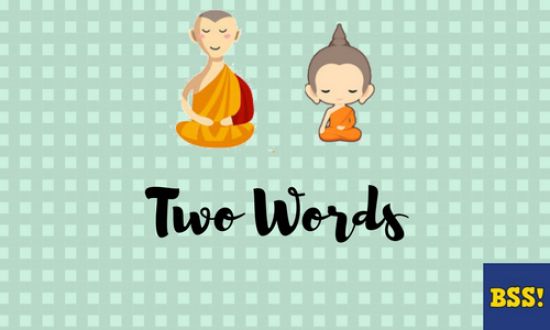 So, when his first ten years were finished, he was allowed to speak. He went to the head monk and sat across him. “Say what you wish,” said the head monk. “Your ten years of silence is complete.” After much thinking, the young monk finally spoke. “Bed, hard,” he said and left.

“What are your two words this time?” asked the head monk. “I quit!” exclaimed the young monk. The head monk thought this was over. Then he finally said, “Well I can see why!” For the master understood, that a man who had nothing but complaints could never accomplish anything! You may also like to read, Flowing Like A River.

MORAL OF THE STORY: IF YOU ONLY COMPLAIN, YOU’LL NEVER SEE THE FINISH LINE. YOU’LL QUIT BEFORE YOU GET THERE.