This is one of the very simple short moral stories for kids. Once upon a time, there lived two friends. One was a boy and the other was a girl. They used to play together. Every day they would play together. Now, the girl had a clear heart whereas, the boy was quite notorious and loved to trick others.

One day, when the two of them were playing they talked about their collections. “I have many sweets,” the girl told the boy cheerfully. The boy told her that he had a collection of marbles. Also, read Always Help Others. 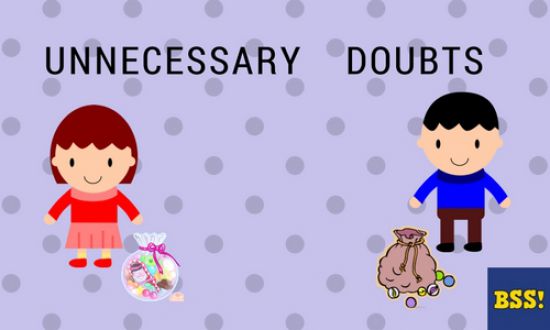 After discussing their collections, the two of them decide to exchange some sweets and marbles from the collection.  So, the boy suggests that he would give her all the marbles he had for all the sweets she had. The girl agreed instantly. Then the both of them ran back to their houses to get their things.

They met after a while with the things they had promised to exchange. “Here,” the girl gave all the sweets to the boy. The boy returned the favour. Those two went back home happily. The girl slept happily and peacefully that night.

But the boy, on the other hand, could not. The little boy had done a selfish thing. He had not kept his promise. Out of all the marbles, the boy had kept his favourite in his pocket. But he had told the girl that he had given her all of the marbles. Since he had done that, he thought the girl had done the same to him too.

“What if she cheated me?” he wondered. “I think she kept the best sweet for herself. I am sure she did that.” All through the night he kept thinking about that and couldn’t sleep. The fact that he kept was he himself was a cheat, so he thought that everyone was like that. You may also like to read, Control Your Anger.

MORAL OF THE STORY: CHEATERS ARE ALWAYS WORRIED ABOUT BEING CHEATED ON.