Where The Wild Things Are Story

This is one of the most famous stories for kids to read online. It has been adapted from the original work of Maurice Sendak named, “Where The Wild Things Are“. The night Max wore his wolf suit and made mischief of one kind and another. His mother called him “WILD THING” and Max said, “I WILL EAT YOU UP!” So he was sent to bed without eating anything.

That very night in Max’s room, a forest grew and grew and grew until his ceiling hung with vines and his walls became the world all around and an ocean tumbled by with a private boat for Max. He sailed off through night and day and in and out of weeks and almost over a year to “Where the wild things are”. You may also like to read, Tarzan Story. 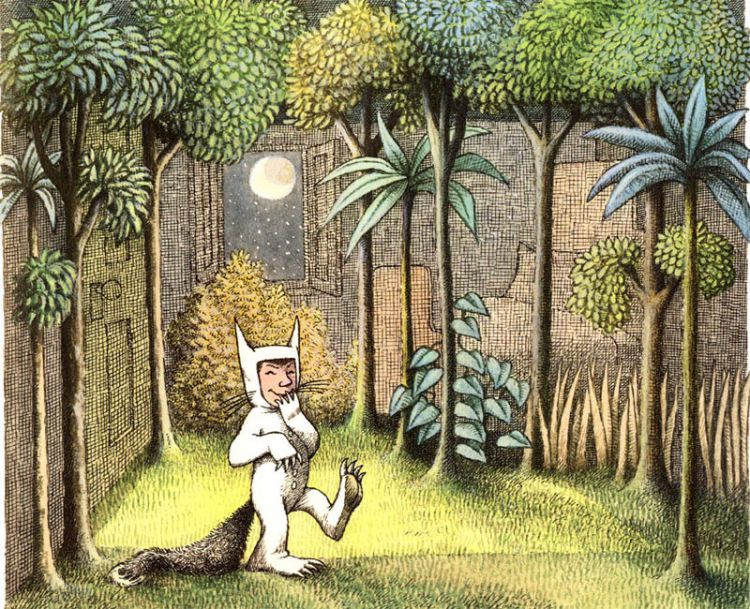 Where the wild things are Image Source–> @www.in.pinterest.com

“Now, let the wild rumpus start,” cried Max. All of them danced and enjoyed themselves. After some time Max commanded, “Now stop!” He sent the wild things off to bed without their supper. And Max, the king of all wild things was lonely and wanted to be where someone loved him best of all. Then all around from far away across the world, he smelled good things to eat. So, he gave up being the king of where the wild things are. But the wild things cried, “Oh, please don’t go! We’ll eat you up! We love you so!” Max said, “No!”

The wild things roared their terrible roars and gnashed their terrible teeth and rolled their terrible eyes and showed their terrible claws. But Max stepped into his private boat and waved goodbye. He sailed back over a year and in and out of weeks and through a day and into the night of his very own room. There, he found his supper waiting for him and it was still hot. Also, read Wild Swans.

Where The Wild Things Are Story Video