This is the wise little girl story for kids. Once upon a time, two brothers are riding their horses and are off to the market. The rich brother has a big, strong stallion. The poor brother has a young mare. The poor brother also brings her seven years old daughters along with him because she wanted to be part of their journey. You may also like to read, The Little Match Girl Story.

They decide to take a rest at night in the empty hut. The next day, to their surprise, they saw three horses instead of two. There is a new baby horse. The rich brother says, “It is the color of my horse, it is mine!” The poor brother says, “It has long legs like my horse, it is mine!” The little girl loves the little horse and cuddles her day and night. 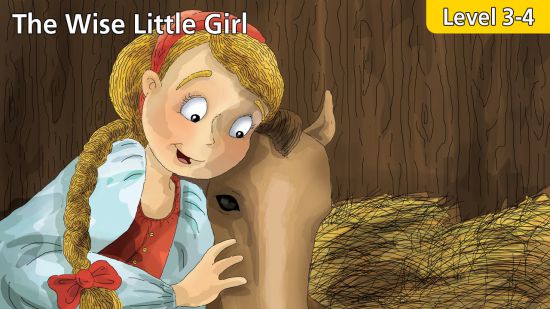 Soon, the King hears of the two brothers. He decides to ask them a question. “The man who answers the question will get the horse,” he says. The King asks, “What are the fastest, fattest, softest, and most valuable things in the world?”